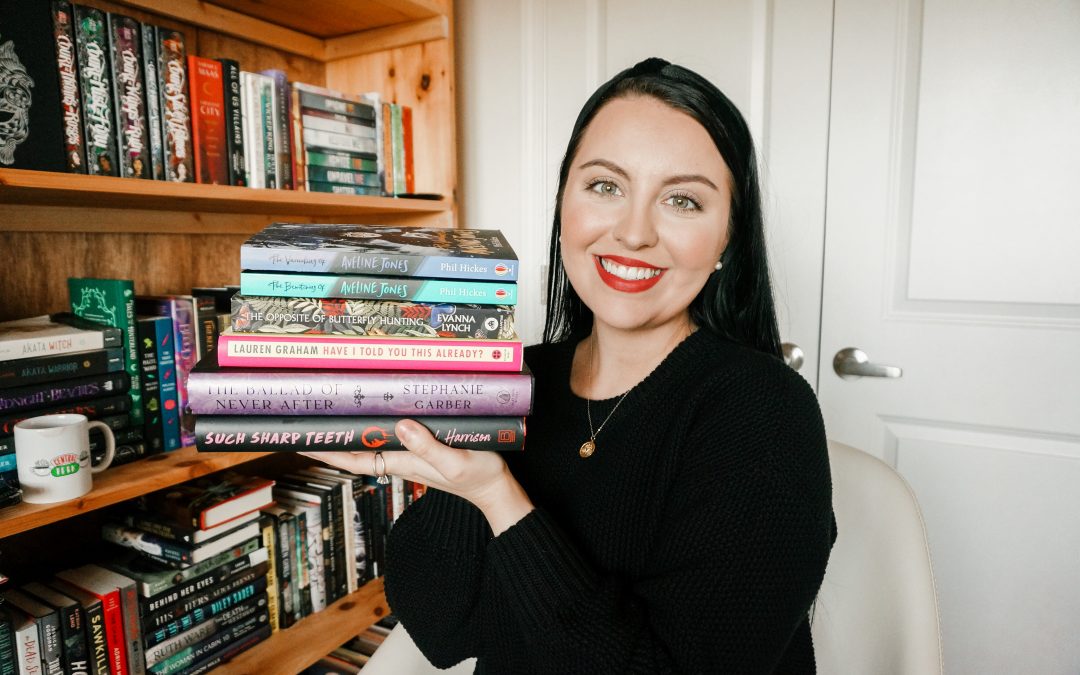 September 2022 Book of the Month Box

This post contains affiliate links, which means that I receive a small commission if you purchase through my link, at no extra cost to you.

My September Book of the Month box arrived today, and I wanted to share my picks with you! If you aren’t familiar with Book of the Month, it’s a subscription service where you get new, popular, and early-release hardcover books for cheaper than a regular hardcover book. They have a huge selection of add-on books we well! Want more information? Read more here.

Billie, Mary Alice, Helen, and Natalie have worked for the Museum, an elite network of assassins, for 40 years. Now their talents are considered old-school and no one appreciates what they have to offer in an age that relies more on technology than people skills.

When the foursome is sent on an all-expenses-paid vacation to mark their retirement, they are targeted by one of their own. Only the Board, the top-level members of the Museum, can order the termination of field agents, and the women realize they’ve been marked for death.

Now to get out alive they have to turn against their own organization, relying on experience and each other to get the job done, knowing that working together is the secret to their survival. They’re about to teach the Board what it really means to be a woman—and a killer—of a certain age.

When the beautiful and precocious sisters Sally and Gillian Owens are orphaned at a young age, they are taken to a small Massachusetts town to be raised by their eccentric aunts, who happen to dwell in the darkest, eeriest house in town. As they become more aware of their aunts’ mysterious and sometimes frightening powers – and as their own powers begin to surface – the sisters grow determined to escape their strange upbringing by blending into “normal” society.

But both find that they cannot elude their magic-filled past. And when trouble strikes – in the form of a menacing backyard ghost – the sisters must not only reunite three generations of Owens women but embrace their magic as a gift – and their key to a future of love and passion.

An isolated mansion. A chillingly charismatic aristocrat. And a brave socialite drawn to expose their treacherous secrets…. From the author of Gods of Jade and Shadow comes “a terrifying twist on classic gothic horror” (Kirkus Reviews) set in glamorous 1950s Mexico.

After receiving a frantic letter from her newly wed cousin begging for someone to save her from a mysterious doom, Noemí Taboada heads to High Place, a distant house in the Mexican countryside. She’s not sure what she will find – her cousin’s husband, a handsome Englishman, is a stranger, and Noemí knows little about the region.

Noemí is also an unlikely rescuer: She’s a glamorous debutante, and her chic gowns and perfect red lipstick are more suited for cocktail parties than amateur sleuthing. But she’s also tough and smart, with an indomitable will, and she is not afraid: Not of her cousin’s new husband, who is both menacing and alluring; not of his father, the ancient patriarch who seems to be fascinated by Noemí; and not even of the house itself, which begins to invade Noemi’s dreams with visions of blood and doom.

Her only ally in this inhospitable abode is the family’s youngest son. Shy and gentle, he seems to want to help Noemí but might also be hiding dark knowledge of his family’s past. For there are many secrets behind the walls of High Place. The family’s once colossal wealth and faded mining empire kept them from prying eyes, but as Noemí digs deeper she unearths stories of violence and madness.

And Noemí, mesmerized by the terrifying yet seductive world of High Place, may soon find it impossible to ever leave this enigmatic house behind.

What did you choose this month?

We use cookies on our website to give you the most relevant experience by remembering your preferences and repeat visits. By clicking “Accept All”, you consent to the use of ALL the cookies. However, you may visit "Cookie Settings" to provide a controlled consent.
Cookie SettingsAccept All
Manage consent

This website uses cookies to improve your experience while you navigate through the website. Out of these, the cookies that are categorized as necessary are stored on your browser as they are essential for the working of basic functionalities of the website. We also use third-party cookies that help us analyze and understand how you use this website. These cookies will be stored in your browser only with your consent. You also have the option to opt-out of these cookies. But opting out of some of these cookies may affect your browsing experience.
Necessary Always Enabled
Necessary cookies are absolutely essential for the website to function properly. These cookies ensure basic functionalities and security features of the website, anonymously.
Functional
Functional cookies help to perform certain functionalities like sharing the content of the website on social media platforms, collect feedbacks, and other third-party features.
Performance
Performance cookies are used to understand and analyze the key performance indexes of the website which helps in delivering a better user experience for the visitors.
Analytics
Analytical cookies are used to understand how visitors interact with the website. These cookies help provide information on metrics the number of visitors, bounce rate, traffic source, etc.
Advertisement
Advertisement cookies are used to provide visitors with relevant ads and marketing campaigns. These cookies track visitors across websites and collect information to provide customized ads.
Others
Other uncategorized cookies are those that are being analyzed and have not been classified into a category as yet.
SAVE & ACCEPT